A grand floral Eau de Parfum, Libre follows the trail-blazing heritage of YSL perfumes beginning with Rive Gauche in 1971, Opium in 1977 and Paris in 1983.

A gender-bending take on the classic men’s fougére, softened with lavender, orange blossom, vanilla and amber, Libre was inspired by the designer’s gender-bending feminization of the classic tuxedo, with a campaign staring singer-songwriter Dua Lipa.

During the whole month of October, Libre was featured in Travel Retail Americas in Mexico City, Cancun, Buenos Aires and New York, where YSL took over JFK airport, in Terminal 4 with DFS with a pop-up that could be seen from afar and in the Rotunda of Terminal 1 after the security checkpoint, at the entrance of the International Shoppes store.

This pop-up was the first one for YSL in Travel Retail Americas in JFK T4. 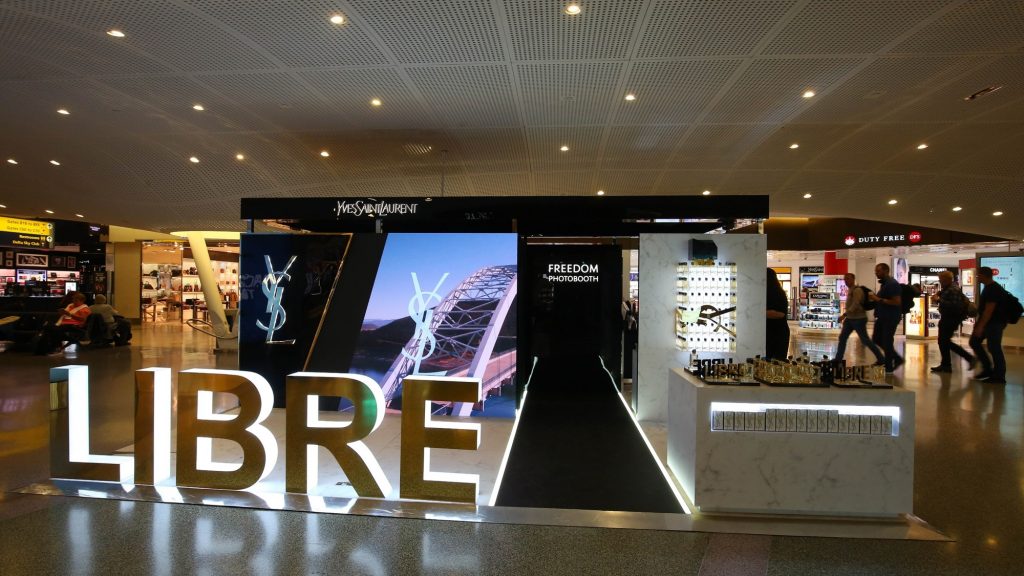 The YSL Libre pop-up in JFK Terminal 4 conveyed the premium codes of the fragrance and presented travelers with an opportunity to enjoy a variety of unique experiences.

It conveyed the premium codes of Libre, where travelers had this same opportunity to enjoy a unique experience by diving into the world of the fragrance, by discovering the notes, listening to the sounds of freedom, expressing their freedom in the photobooth, and personalizing it with a complimentary engraving service and taking it away with them. They could also complete their experience with the LIBRE LOOK with Rouge pur Couture the Slim.

During the month of October, Libre reached the top #1 fragrance in Terminal 4. 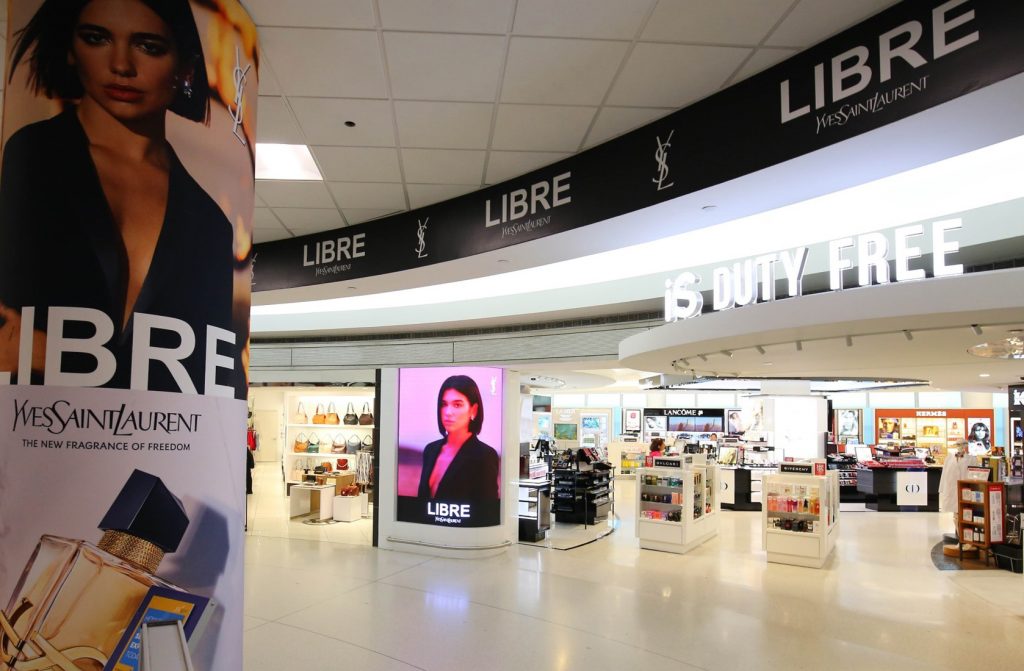 Libre completely took over the security area and entrance of the International Shoppes store at JFK Terminal 1.

At Terminal 1 of JFK Airport, travelers started their journey with an impressive takeover of Libre at the entrance of the store, with a complete takeover of the security area.